This past week I had the opportunity to stay with my in-laws.  Recovering from surgery, my father-in-law was able to stay with me during the day while his wife was at work.  Besides learning more about the family that has adopted me as their own, I have received a clearer picture of God's love.  I had known this love once when I was younger, but my memory of it hid when I lost my dad and grandpa, for they had once displayed this love to me also.
Sunday night was my first night in the house.  It was a long night without Matthew (he had gone to stay with his friend in Sacramento while starting work at U C Davis and searching for a place for us to call home) but I slept okay eventually.  The next morning I awoke in cheerful spirits and good health.  Bruce asked if I would care to join him for a walk that morning.  Having nothing else to occupy me that day and glancing out the window at the incredible spring day, I said yes.  We drove in near silence as I gazed curiously at the busy streets of a sleepy little town.  I had forgotten that Bruce prefers loose dirt under his boots rather than the hard concrete stuff, so it was a long but pleasant drive out to BLM land.
Once there, all conversation ceased as we were overwhelmed with the intense beauty all around us.  Here, a family of toads hopped across a tiny stream. There, a squirrel chased another up a tall tree.  Various birds sang old choruses of the beautiful day and geese bravely guarded their nests as we walked past.  Eventually I became aware that my father-in-law was still walking with me but had said few words only to point out the trail and points of interest in the area as we began; then, further in, silence. At first, being the girl I am, used to mindless chatter, I was agitated by the silence of conversation; then I became intrigued.  Gently, my dear Heavenly Father began to speak to my heart.   They were words of life and as soothing and melodious to my soul as the red-winged blackbird's song.

written by Unknown at 7:16 AM No comments:

written by Unknown at 6:55 PM No comments: 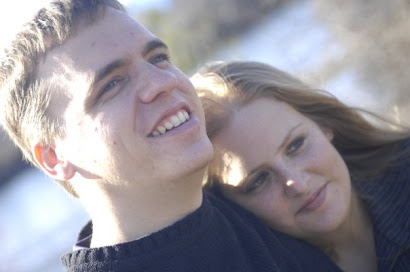 Dreaming with God for Indonesia

We may not be working towards going TO Indonesia right now, but we are excited about all the ways Indonesia has COME to us! There are some really cool ways you can support us as well as GET INVOLVED yourself if you're heart is burning for a people to know God and make Him known.

For more information on how you can partner with us, email Erica at rica.parsons@gmail.com and tell us a little bit about yourself and how you would like to partner with us.

Thank you for your friendship and support!